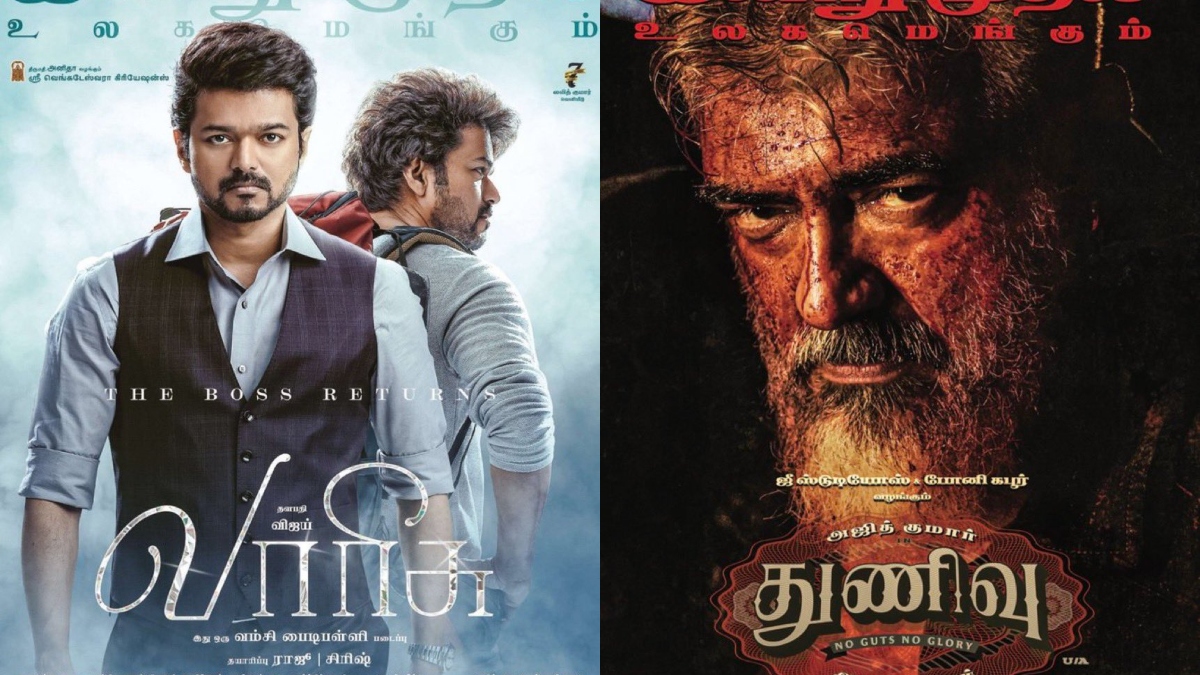 Varisu vs Thunivu Box Office Collection Day 14: Tamil films Varisu and Thunivu starring Thalapathy Vijay and Ajith Kumar in the lead roles, respectively, have received much love from the audience. Both the films have been on a success spree albeit reaching new milestones. At the end of two weeks, while Varisu sits comfortably in the Rs 150 Cr club, Thunivu is slowly making its way there. However, with the current speed, Ajith starter will take a bit longer to reach the benchmark.

The phenomenal run of Vijay’s film at the box office has impressed many. Creating new records for the actor, the hit Tamil film has already become the actor’s second highest-grossing film. As per early trade reports, on the 14th day of its release, Varisu raked in close to Rs 2 crore. With this, the film’s total collection stands over Rs 154 Crore.

Thunivu’s opening has been bigger than Varisu. The initial figures of the film suggested that it will leave Varisu behind by a big margin. However, in a surprise move, Vijay’s film quickly picked up pace in the first week itself, dragging Ajith’s movie far behind. On the 14th day of its release, Ajith’s film reportedly minted Rs 1.2 crore taking the film’s total collection to over Rs 108 crore.

Meanwhile, ‘Thunivu’ is set to become Ajith’s highest-grossing film as it inches to break ‘Valimai’ collections. In action-packed starrer Thunivu, Ajith’s look as the ‘boss man’ steals the show. He has taken people, hostage, at a bank. Police are seen trying to ascertain his identity. But it is a mystery that unfolds slowly. The movie packed with action, shows Ajith in a white beard and white hair. The action thriller has Ajith Kumar playing a slightly negative character, and he impressed the fans with it.

Will Thalapathy 67 reunite Trisha and Vijay after 14 years? Here’s what we know