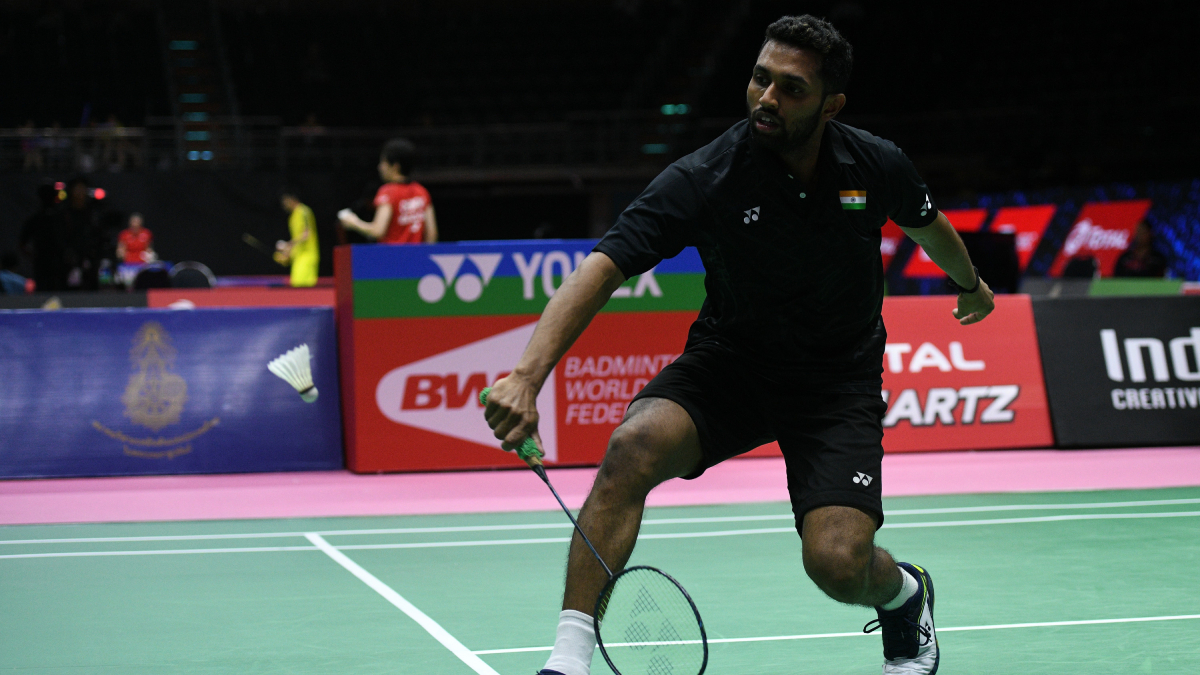 India’s HS Prannoy suffered a defeat against China’s Lu Guang Zu in his second Group A match to virtually bow out of the semifinal race at the BWF World Tour Finals on Thursday.

Prannoy had lost to Lu in his only meeting at French Open this year. It was the 30-year-old’s second defeat in group A after the opening match loss to Kodai Naraoka from Japan.

The World No. 12 Indian will next face world number one and Olympic champion, Viktor Axelsen, on Friday. With two losses, Prannoy’s chances of making it to the knockout stage are as good as over and rest on the results of multiple calculations.

The match started on an equal footing with both the players trading blows but a few errors from Prannoy allowed Lu to establish a slender 6-4 lead.

The duo looked to attack but it was the Chinese who showed better control as he entered the mid-game interval with a small two-point advantage.

After resumption, Prannoy looked to dominate the rallies and brought the game on the level at 14-14 before gaining a two-point lead at 18-16 with a delightful smash.

Lu brushed one across the net to narrow it down to 18-19 and then clawed back at 19-19 when the Indian went wide.

Lu gained one game point but Prannoy saved it before conceding another one. The Indian saved a second game point with a quick backhand reflex, only to send another one out. The Chinese sealed it this time with a precise return on the backline.

There was little to separate the two in the second game as well, as Prannoy caught up with his rival at 6-6 but Lu managed to grab a one-point cushion at the break after the Indian went long again.

The momentum shifted after the break as Prannoy unleashed a straight smash on his rival’s forehand and then punished Lu for a short lift to move to 14-12. Another precise smash and a razar sharp return on his rival’s backhand took the Indian to 18-13.

Prannoy grabbed four game points after pouncing on a weak return and roared back into contest after another net duel.

The Indian dictated the pace in the rallies in the decider and grabbed a 6-3 lead after a lucky net chord. However, errors again crept into his game as Prannoy rushed on to a couple of shots and allow Lu to turn the tables at 7-6.

The Chinese then used his speed and quick reflex to enter the final midgame interval with a three-point lead.

Lu maintained the lead till 15-12 when Prannoy scripted a mini recovery to claw back at 16-16. With the match entering its final stretch, both the shuttlers were celebrating each point with a fist pump and roar as they moved to 19-19.

After an excruciating rally, Prannoy sent one long to hand his rival the match point and Lu sealed it when the Indian went wide