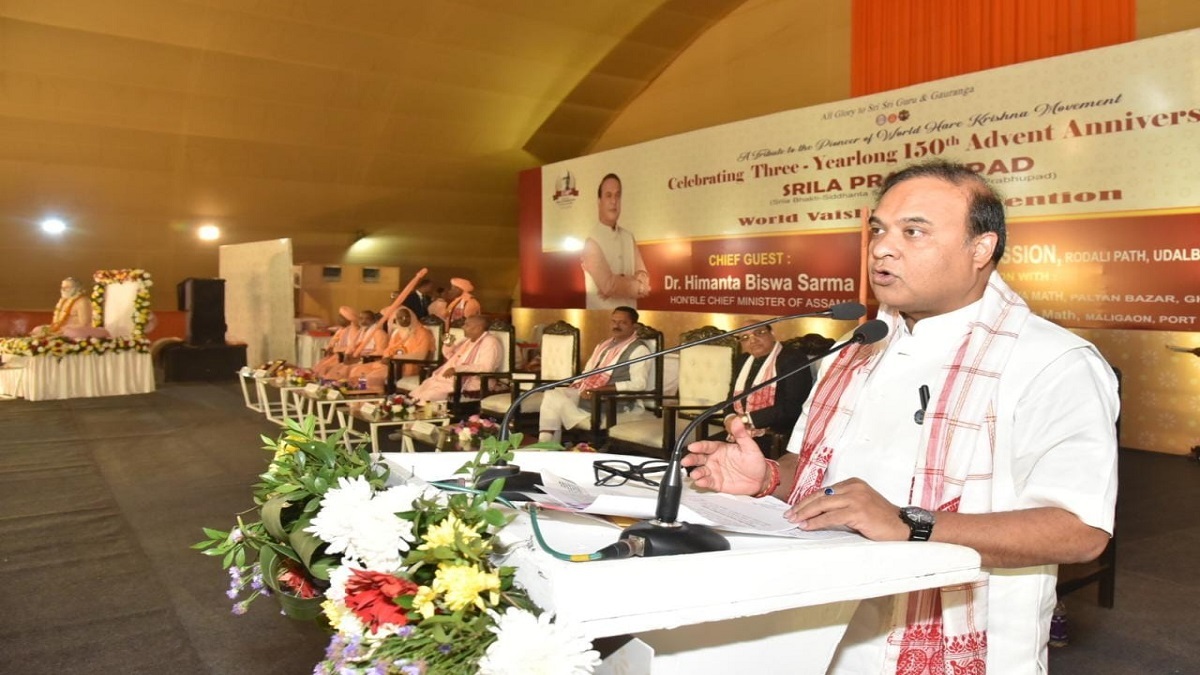 Assam Chief Minister Himanta Biswa Sarma today (December 8) said his party was against men from the Muslim community having multiple wives. The opposition Congress, however, said that instead of making political statements, the government should bring in a law to prevent Muslim men from marrying multiple times without divorcing their previous spouses.

Launching a scathing attack on Lok Sabha MP Badruddin Ajmal, Sarma said women can give birth to “20-25 children” as per the AIUDF chief’s reported advice but all their future expenses on food, clothes and education will have to be borne by the opposition leader.

“There cannot be any right to a man living in independent India to marry three-four women (without divorcing the previous spouse). We want to change such a system. We will have to work to give justice to Muslim women,” the chief minister said at an official function.

“We want ‘sabka saath sabka vikas’. If there are doctors from Assamese Hindu families, there should be doctors from Muslim families as well. Many MLAs don’t give such advice because they need the votes of ‘Pomuwa’ Muslims,” Sarma said.

Reacting to the statements, Congress Legislature Party (CLP) Deputy Leader Rakibul Hussain told PTI that the BJP-led government is trying to politicise the sensitive matter linking it with religion.

“A government takes oath to the Constitution and it should work under its ambit. As they consider it unjust, so they should bring a law to prevent multiple marriages by Muslim men. Until then, why are they making political statements?” he said.

Hussain also stated that multiple marriages were allowed in all religions, including Hinduism, but it was stopped after the passage of the Hindu Code Bills in the 1950s.

Speaking about Ajmal’s controversial comments on women, the chief minister said, “In Assam, we have some leaders like Badruddin Ajmal. They say women must give birth to children as soon as possible because that is a fertile land.”

A woman’s childbirth process cannot be compared with a field, he added.

“I have repeatedly said that our women can give birth to 20-25 children, but their food, clothes, education and all other expenses will have to be borne by Ajmal.

Then, we don’t have any problem,” Sarma said.

If the perfume baron-turned-Lok Sabha MP does not give the expenses of the children, then nobody has the right to lecture on childbirth, he added.

Sarma further said that a family should give birth to only those many children whom they can provide food, clothes and education to make them better human beings.

“Our government’s policy is clear. We work for the indigenous people, but we want progress for all. We don’t want the students of Muslims, especially the ‘Pomuwa’ Muslims, to study in madrassas and become ‘Jonab’ and ‘Imam’,” he added.

The BJP-led government wants all Muslim children to get admitted to general schools and colleges to become doctors and engineers.

Ajmal, in an interview with a media house on December 2, had commented on women and Hindu men as well as Sarma, purportedly as a response to the chief minister’s remarks on ‘Love Jihad’.

The Dhubri MP, who is revered as a ‘Maulana’, reportedly advised Hindus to marry young to produce more children like Muslims.

As the comments led to a backlash, the MP apologised the next day and said he was “ashamed” of the controversy it stoked. He, however, maintained that his comments were twisted and he had not targeted any community.

“We all will have to stay away from communalism and religious fundamentalism for the progress of Morigaon district,” he added.